Roger Ebert posted  an interesting article based on a letter he received from the great editor Walter Murch. (http://blogs.suntimes.com/ebert/2011/01/post_4.html) Buried among the 500-odd comments is my two cents:

One of the main reasons I feel that mainstream movies do not need 3D goes way back to the beginnings of cinema. Eisenstein’s definition of film is “a succession of images juxtaposed so that the contrast between these images move the story forward in the mind of the audience.” This very definition, which describes film beautifully, is summed up in our naming the medium of film as “Motion Pictures.” Moving pictures, affected by the expansion and compression of time through editing. The moment we add depth into this time-based medium we’re in trouble, because we are changing depth in every cut. Notice how the most immersive 3D films were the thrill rides at Universal. No cuts, just one continuous take, and all dependant on a continual forward motion, travelling ever deeper into the scenes.
Not all films are thrill rides, yet those bean-counters who saw the box office of Avatar suddenly saw 3D as the next step in film evolution. It doesn’t help that James Cameron is blowing that horn as well, and that’s troubling. It’s like trying to convince us that picture books are cool, but pop-up books are better. I prefer my succession of pictures viewed without gadgetry.

I grew up learning to draw from comic books, and I sometimes return to drawing Superman just as a doodle exercise in my sketchbooks. Here are a couple of steampunk versions I did for fun. Took them into Photoshop and added the old-time framing device. 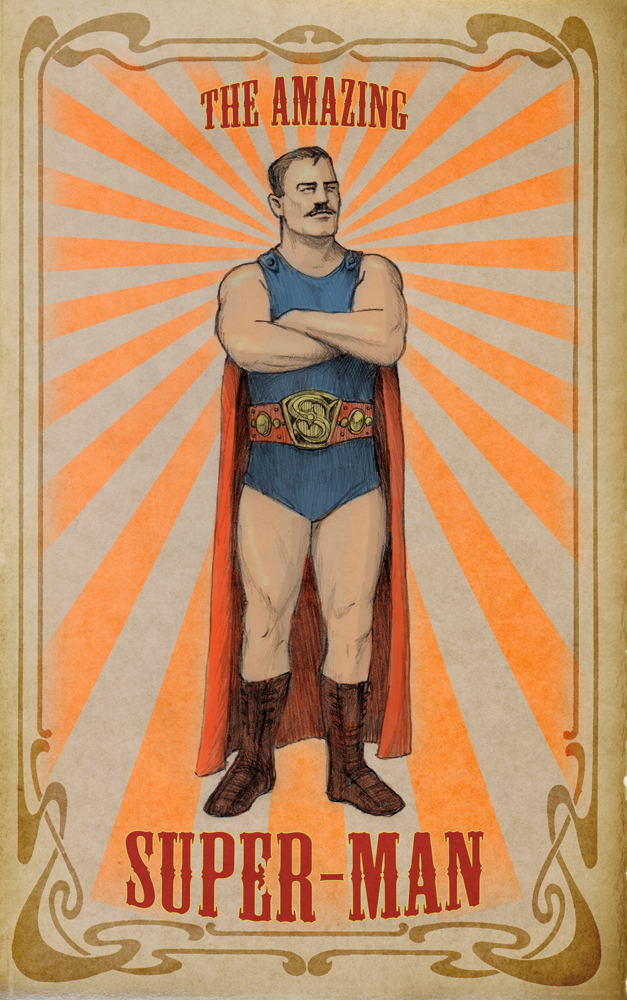 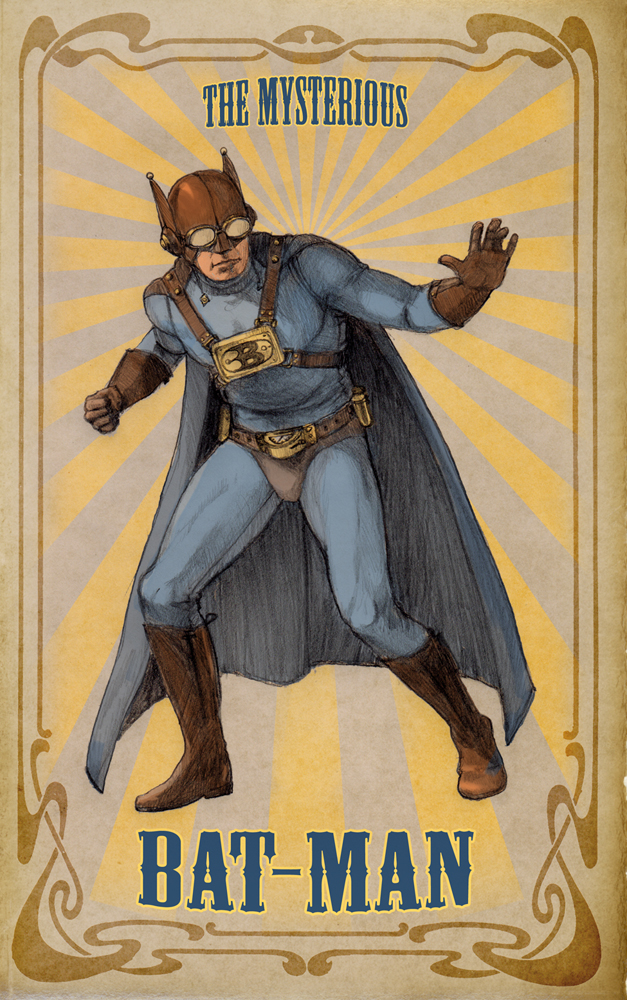 There are things we see that are almost impossible to reproduce on canvas, or digitally. Things like the patterns behind our eyelids that propagate geometrically when you press on your eyes, or the beautiful prismatic chromatic aberrations from sunlight through your eyelashes as you hold them open ever so slightly. Here are samples from a series of images I’ve been creating called “Eyes Half Closed.” These were created in Photoshop, using photos which I took through polarized mylar sheets and glass marbles. I added things like “floaters,” trying to reproduce the loose blood cells we observe floating inside our eyes. I’ve got quite a few of these which I want to make into an interactive looping slideshow to soothing music. (click to view full size.)

It’s been awhile since I built a ray gun. I have a few “in progress” and by that I mean boxes of junk collecting dust in the garage. This one was relatively easy, since the basic body comes from a firehose nozzle. The front part is from a vacuum cleaner that burned out after only 2 months. The knobs come from a reel-to-reel tape recorder and the front firing outlet is from a plastic pepper grinder. For more ray guns, visit my site and look under Personal Work. 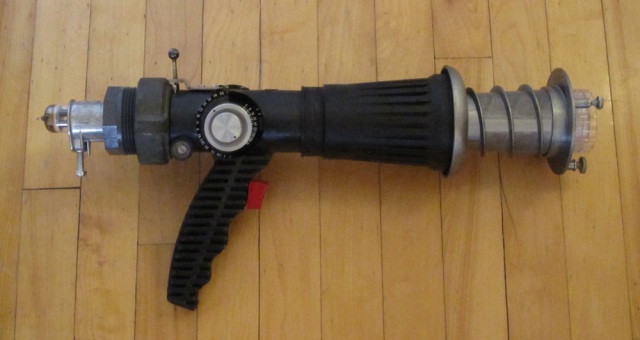 I wouldn’t call myself a Star Wars fan, although I love the original three films. I also love the design of the Star wars universe, and enjoy the creative use of found objects that snuck into the prop designs in 1977. Those old photographer’s flash handles were perfect for Darth Vader’s lightsaber. Here a couple that I built using vintage flash handles as well.

Here’s a small steampunk time machine I built out from stuff lying around. The cool folding wooden box is an antique sewing machine kit. It needs a few modifications, and I’m looking to add some brass trim to the outside of the box. As with all scratch built objects, it’s a matter discovering the right pieces. I prefer to use genuine antique parts if I can.

More of my works