(Part 1 here) Once again, no spoilers.

When I was asked to take a shot at designing the aliens for Arrival, I leapt at the opportunity. It was still the very early days of pre-production, and Denis and Patrice had already given the alien task to a couple of concept artists. The extraordinary concept artist Peter Konig was working at the same time as me, but I didn’t get to see any of his work till a few weeks ago. In the end, veteran creature designer Carlos Huante was the one that got it right; his majestic and mysterious heptapods embodied all the qualities Denis was looking for.

My contributions were more to see if I could come up with something different than the other guys, so I had a little free reign to mess around with ideas, with the mandate to “design something we haven’t seen before.” I had only a couple of weeks for this task, so I experimented more with shapes and impressions. Below are just a few samples of ideas I tried. In hindsight, after seeing the film, I’m glad these didn’t make the cut, as I was going a bit too abstract to identify with the beings. Once again, I’m still so grateful that I got to work on such an incredible film, even if my part was small.

A fairly abstract version of the aliens.

My first doodles, based more on the original short story, “Story Of Your Life,” by Ted Chiang. 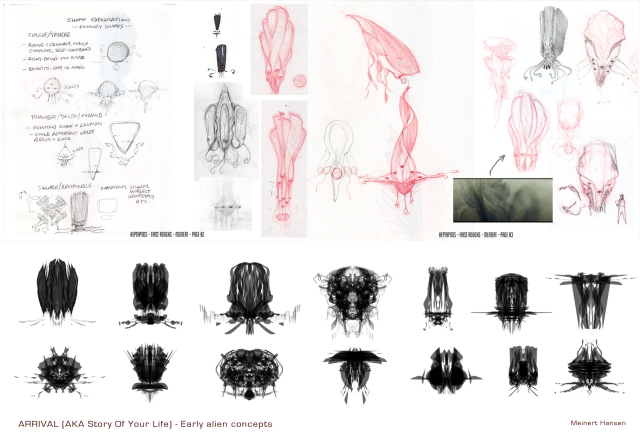 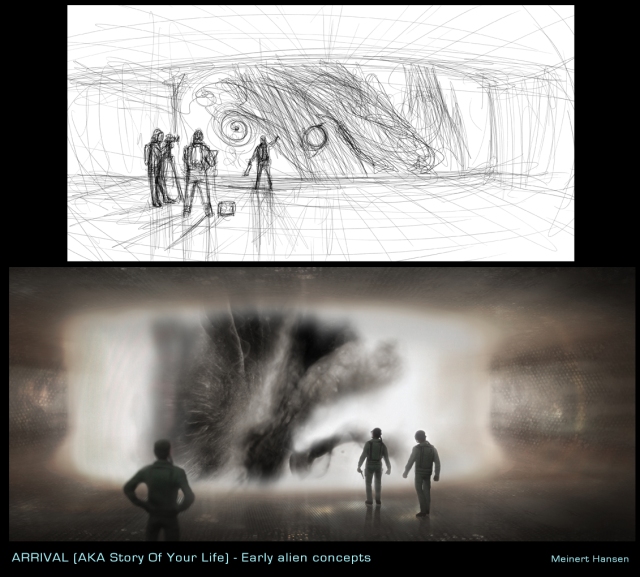 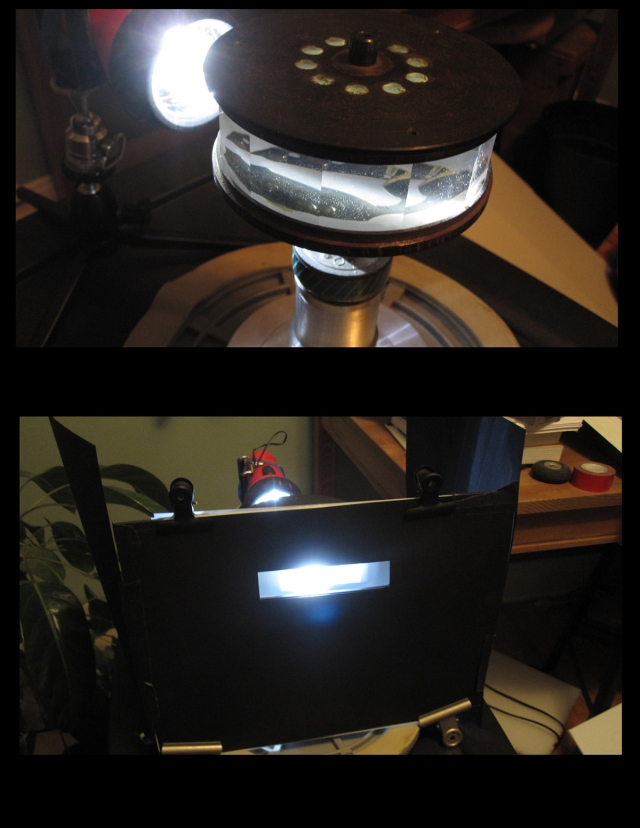 I built this contraption, with a 16-sided prism from an old film editing bench. The idea was to experiment with flickering light on the screen and see if I could create some kind of sense that the aliens entered and exited though a projection. The video below was taken with my phone camera. The last 3 or 4 seconds are what I thought had an interesting feeling. 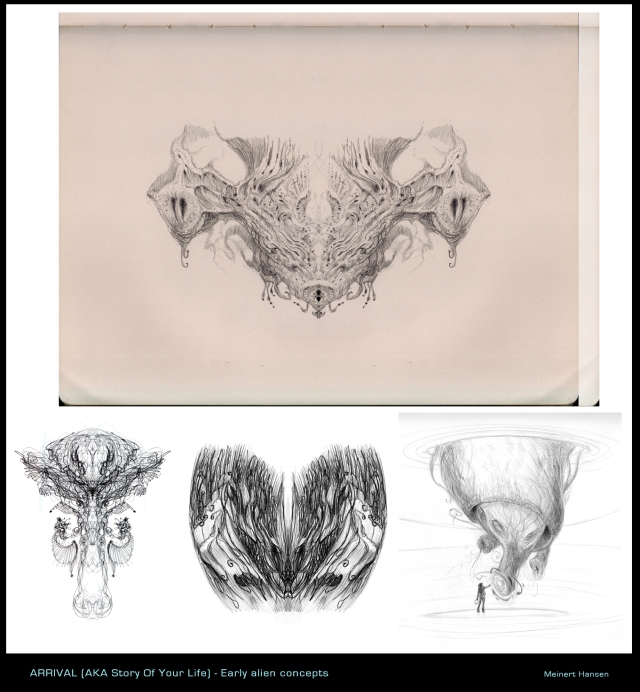 Getting weirder with ideas here.

More of my works